Jama Masjid is the largest mosque in India. Located in Old Delhi, the mosque has the capacity to accommodate 25000 devotees. Jama Masjid was completed in 1656 AD and it was again the great Mughal Emperor Shah Jahan behind this architectural masterpiece. Close to some 5000 craftsmen were involved in the construction of the msque. It is located in Old Delhi, just opposite to the famous Lal Quila or the Red Fort.

Jama Masjid is also called the Friday congregational mosque because Muslims turn up in large numbers to offer Namaz on Fridays, called as the yaum al-jum`a. Masjid-i-Jahan Numa popularly called as Jama Masjid, means the mosque commanding a view of the world. The mosque is a real example of great architecture that existed during the Mughal period. It has the blend of both Hindu and Mughal style of architecture. 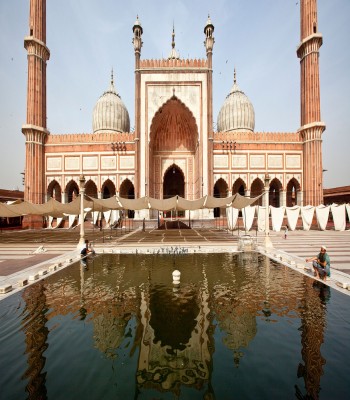 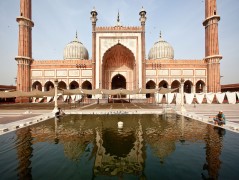 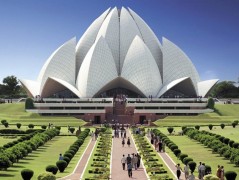 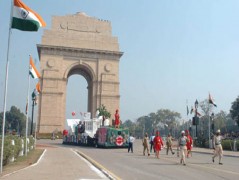 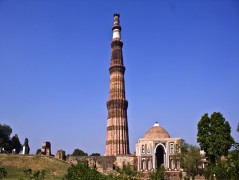