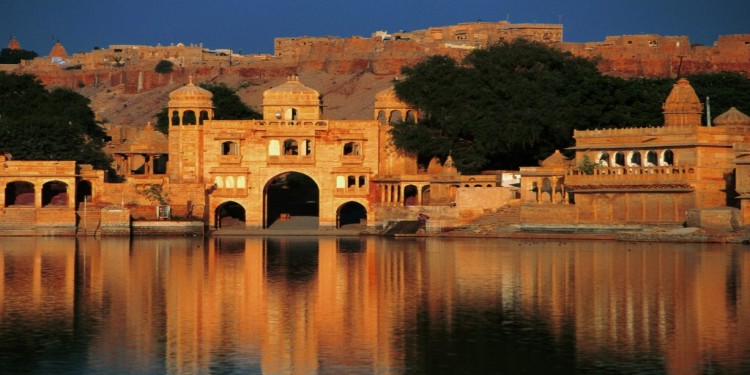 Largest state of India in terms of area, Rajasthan is located in the arid northwest part of the country. Being the testimony of the country’s most glamorous past, it draws tourists from the country and beyond. For anyone interested in courtly history, ranging from textiles, antiques, jewellery or spices, Rajasthan was the center of Rajput power since the sixth century A.D.

With plethora of imposing forts and carved marble temples, Jaipur, Jodhpur, and Udaipur are probably the three main cities which gives the entire portrayal of the state. The scrubby Thar Desert and the Aravalli Range are also major tourist attraction places primarily for this pilgrimage sites. Throughout the state you can find the rural life which remained almost unchanged from the feudal era.

The capital of the state and being the largest city, Jaipur is most generally the initial stop on a Rajasthan itinerary. Colour and noise is what you will notice at first. Founded by the Mughal Empire in the early 18th century, this city is one of India’s finest examples of urban planning. The Hindu soldier-king was obsessed with astronomy and architecture. The massive City Palace and 18th-century observatory are its witness. In 1876, the city was visited by Queen Victoria’s son Prince Albert which is when the town houses were painted salmon pink and is still called the pink city since then. Street-level mix of country and city is humbly present in this city. The city is also the hub of contemporary creativity. A Golden Triangle tour is easy enough to organise and Jaipur is the first stop.

The imposing facade of Hawa Mahal, made of pink and red sandstone is one of the signature landmarks. The amazing architecture of the interior unfolds over five levels. The sprawling, sturdy structure of Amer Fort should not be missed out. Exuberating elegance of the yester years, the green water forms the outer layer by the Maota Lake. Islamic and Rajput architectural styles are prominent in the fort.

Pushkar is the popular pilgrimage site which is about 150 km from the capital and is connected via NH48. The legend goes that the lake was created when a lotus fell from Brahma’s hand and the temple is one of the primary spot of tourist attraction. The 12-kilometre journey to Ajmer takes one to the Snake Mountain of the Aravali Range. The Khwaja Moinuddin Chishti dargah in Ajmer is also one of the finest choices of destination.

A whitewashed city of palaces, parks, and temples, Udaipur is built around four man-made lakes. It is sometimes referred to as “the Venice of the East” and is evocative in its own way. Jagdish Temple is a pilgrimage site which has the most elaborately outfitted sadhus! The luxury hotel market in Udaipur is booming here. Interestingly, the maharajahs of Udaipur were among India’s longest-ruling. Transforming the 18th-century palace on an island in Lake Pichola into the Jag Niwas hotel was a big step towards the hospitality industry.

Set on the eastern edge of the tough Thar Desert, Jodhpur has  indigo-washed buildings which brings its name as blue city. the 15th-century city has the Mehrangarh Fort which is a massive red sandstone structure. laying the foundation in 1459, the compund has been resided by 17 generations.The wedding business in this city is a major scope for revenue earners. apart from that, celebrate the  cultural history at Umaid Bhawan Palace, Jaswant Thada, Ghanta Ghar and Sardar Government Museum. The driving distance between Jaipur and Jodhpur is 337 km and has 16 direct trains from Jaipur to Jodhpur. NH48 and NH25 connect the two cities.

Drive down to Jaisalmer which is about 568 km from Jaipur. There are two direct trains connecting the two cities. The highways RJ SH 19 and NH11 is the roadway link. Sonar Quila has yellow sandstone walls, which are otherwise known, as the ‘Golden Fort’. Almost a millennium old, there is an entire village within its walls. Patwan Ki Haveli and Nathmal Ji Ki Haveli are the other importance forts to see in Jaisalmer.

The only hill station in Rajasthan is Mount Abu which is about three hour drive from Udaipur, The Dilwara Jain Temple is a common tourist attraction here.

Enjoy the magic of the sepia lustre of Thar Desert which showcases the valour of nature in its most arid form. The international airport of Rajasthan is located in Jaipur. Prepaid taxis from the airport can help your each the desired destination. The Palace of Wheels is the most luxurious option to roam in Rajasthan by rail. Other regular express trains connect the state with Delhi and other states. Rajasthan has an impressive road transport. Being largely dependent on tourism, the state takes care of its bus and car services. It is about 268 km from Delhi and is connected by NH48.