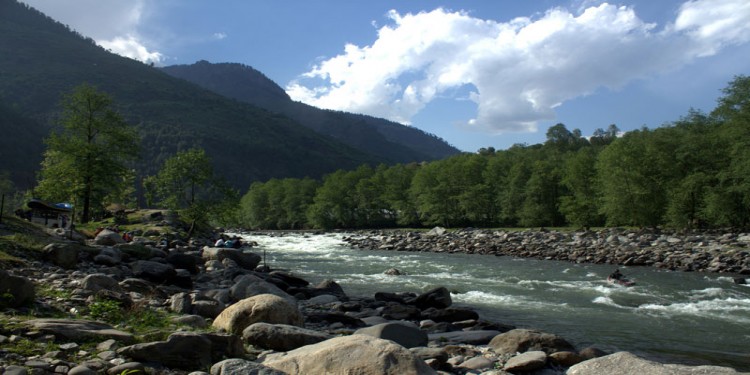 The Beas River marks the eastern-most border of Alexander the Great's conquests in 326 BC. It was one of the rivers which created problems in Alexander's invasion of India. His troops mutinied here in 326 BCE, refusing to go any further; they had been away from home for eight years. Alexander shut himself in his tent for three days, but when his men did not change their desires he gave in, raising twelve colossal altars to mark the limit and glory of his expedition.In the 20th Century, the river was developed under the Beas Project for irrigation and hydroelectric power generation purposes. The second-phase Pong Dam was completed in 1974 followed by the first-phase 140 km (87 mi) upstream, Pandoh Dam in 1977. The Pong Dam served initially to primarily provide irrigation below Talwara but was soon developed as well for power generation; its power station has a 360 MW installed capacity. The Pandoh Dam diverts the river through a system of tunnels and channels to the 990 MW Dehar Power Station on the Sutlej River, connecting both rivers.