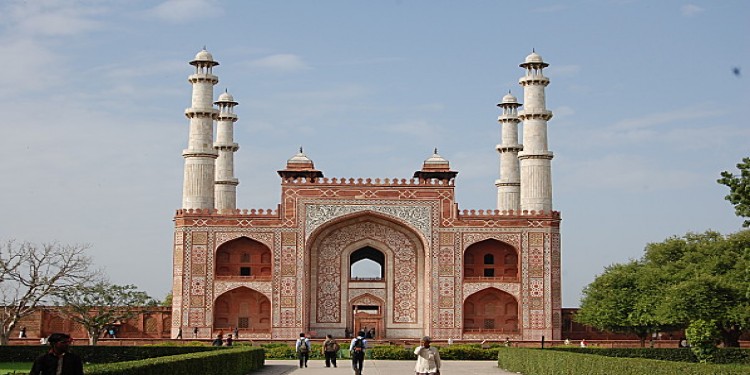 Akbar was the third Mughal ruler. Sikandra fort is one of the most important Mughal architecture, which is also the tomb of the great Mughal ruler “The Akbar”.

Important projects like arts, literature, religion, architecture and statesmanship were carried out by the Legend Akbar himself. The Sikandra tomb was also built by the Akbar himself during his tenure and project was continued by his son. The construction of the fort was started in 1600 and was completed in 1605-1613 by Jehangir, son of the great Akbar and Mariam-Uz-Zamani.

The tomb is built with the red stone and beautifully carved with the Mughal architectural style. It is a five story structure and its main tomb is square in shape. The beautiful inlay marble & pattern work increases the beauty of this legendry tomb.