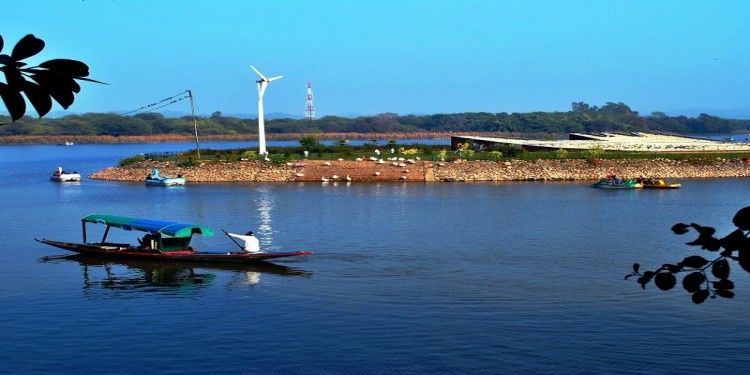 A Delhi-Chandigarh tour is a journey from the cosmopolitan lifestyle of national capital to the fast-paced but somber enclave of parks, gardens, and lakes. The charisma of natural and architectural beauty seems to converge in Delhi. A hub for trade and commerce, Delhi is also the best place to begin an itinerary into the deep jungle of Indian culture and heritage.

While the Old City of Delhi provides an insinuation into the Mughal culture and the poetry of Sufi love, the new city area is the true representation of the metropolis. Chandigarh on the other hand provides an insight into the creativity and the power of imagination of common people, who create extraordinary things out of ordinary things. The places that are best visited in Chandigarh include Nek Chand's Rock Garden, Rose Garden, and the Sukhna lake. Similar can be the experience when on a Chandigarh Delhi tour.

With numerous tour packages provided by the various Delhi agencies, a Delhi-Chandigarh trip has become easier and convenient. The best way to explore the regions between the two cities is to avail luxury deluxe buses from Delhi. The State bus terminus provides frequent bus tours from Delhi to places like Rajasthan, Chandigarh, Shimla, Amritsar, Agra, and many more places of importance. Laced with air-conditioners and television sets, airing Bollywood movies, traveling in these buses are an experience of a lifetime. The comfortable seating with upgraded interior proves to be an add-on in the enjoyment of the Delhi – Chandigarh journey.

While these buses can prove to be considerably expensive, one can also avail of the cheap bus facilities. Although the latter might not provide the comfort of the air conditioner, it can prove to be the best way to get an overview of the lifestyle in the State. These bus trips are accentuated by a frequent halt in the various roadside restaurants that are run especially to provide services to on the way travelers. One can take a dip into the flavor of the country delicacies like Sarso da Saag and Makke di Roti or chapati made of cornflour with mustard leaves preparation.

A particular Delhi – Chandigarh trip can start with a quick and light breakfast at the Delhi before leaving for Kurukshetra, which is considered to be the site of the battle of Mahabharata. The seat of the origination of Hinduism and the center for ancient scriptural compilation, Kurukshetra has a lot to offer to its visitors. It, therefore, proves to be an important stopover for the tourists on a Delhi – Chandigarh tour. One can visit the Brahma Sarovar, the Shri Krishna Museums, Gurudwaras like Gurudwara Sidhbati, which is considered to be the resting place of the revered Sikh Guru Nanak during his visit to the place. Some of the other Gurudwaras that could be visited are the Guru Hargobindji Gurudwara and the Gurudwara Rajghat. Some of the best hotels in Kurukshetra are Jyotisar Tourist Complex, Parakeet Hotel, and Neelkanthi Yatri Niwas.

After a few days stopover, a taxi or a bus can be taken to go to Chandigarh. A stopover at the Regency Hotel should be enough to get refreshed and start on an itinerary into places like rock garden and the rose garden.