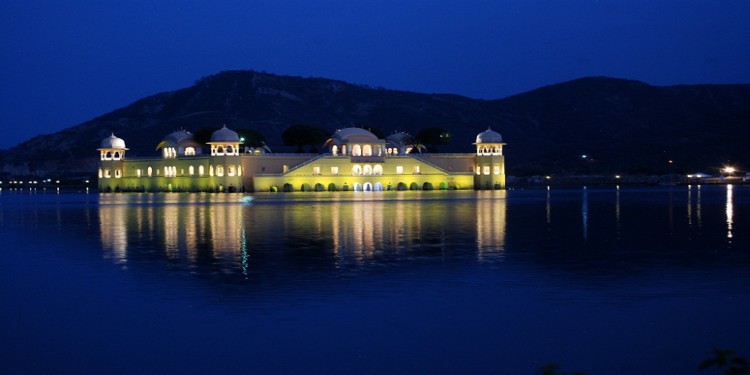 The famous forts and palaces of Rajasthan remain tall even today and talk of a glorious past. Their architecture and elegance are truly beautiful, and the grandeur is known to have made their eyes sparkle, and their hearts shine. When you walk through the narrow corridors and run your fingers through the curly carvings on the walls, you can feel the kind of craftsmanship that is in the way of their design.

The only challenge that tourists face is not being aware of which everything should be included in their itinerary. To help them, here's a list of the most inspiring palaces and forts in Rajasthan

Here is a List of Famous Rajasthan Forts & Places:

2. Chittorgarh Fort, Chittorgarh
Founded on a 180-meter-high hill, the Chittorgarh Fort is spread over a vast area of 700 acres with seven wide gateways called Pol. It is also sometimes referred to as the Water Fort, as there are around 22 water bodies within the fort.

3. Kumbhalgarh Fort, Rajsamand
The birthplace of the Indian hero, Maharana Pratap, Kumbhalgarh, is known as one of the most prominent Rajasthan Palaces and Forts after the Fort of Chittorgarh. Open to the public, the fort is known for its spectacular light display, which is illuminated every night for a while. Fort Located on a hilltop 1100 metres above sea level, this fort has seven fortified gateways and more than three hundred and sixty temples inside. Though three hundred of these temples are of the house of Jain, the other sixty are for the Hindus.

4. City Palace, Jaipur
The palace complex consists of a wide inner courtyard known as Pritam Niwas Chowk. This courtyard has four gates, representing the four seasons of the Hindu Gods. The palace was built between 1729 and 1732 by Sawai Jai Singh II and was constructed with a mixture of Rajput, Mughal, and European architecture. It is open to tourist visits every day of the week during the year, with the exception of special holidays such as Holi, Diwali, and a few more.

5. Lalgarh Palace, Bikaner
Lalgarh Palace is a palace and heritage hotel in Bikaner, the Indian state of Rajasthan, built between 1902 and 1926 for Sir Ganga Singh, Maharaja of Bikaner. Laxmi Niwas Palace is part of the Lalgarh Complex, but has been leased and has recently been used as a heritage hotel.

6. Jal Mahal Palace, Jaipur
Jal Mahal is a palace in the middle of Man Sagar Lake in Jaipur District, the capital of Rajasthan State, India. The palace and the lake around it were restored and expanded in the 18th century by Maharaja Jai Singh II of Amber.