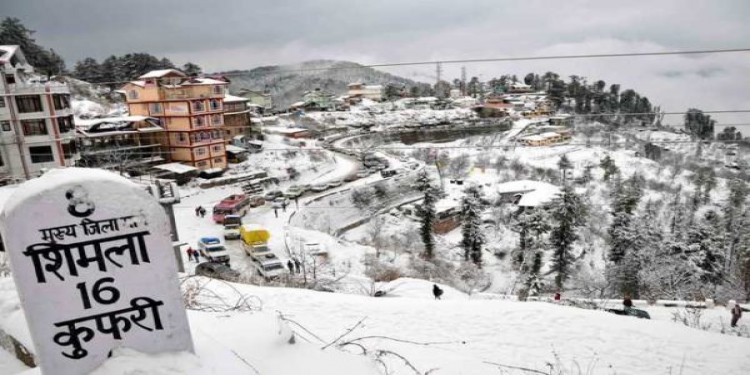 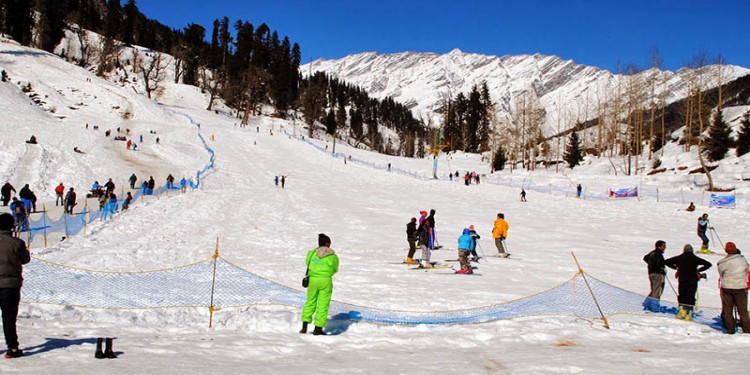 Board train to Kalka and from Kalka to Shimla Himalayan Heritage Train/Toy Train. / Drive up to Shima from Delhi.  Arrival Shimla and check inn to Hotel. Shimla, The British empire may have ceased to exit, but its echo lingers on in Shimla (2205m). As the Summer Capital of the British in India, Shimla was the country's focus for the better part of every year and now, is the state capital of Himachal Pradesh. Evening time free at leisure. Over night stay at Hotel.

After breakfast sightseeing of Shimla, visit Kufri, At 2501m, this is famous for its wide views and ski slopes. An enjoyable walk leads up to the Mahasu Peak, Jakhoo Hill , At 2455m, this is the town's highest peak and a famous point for Shimla's famous views. The summit is crowned with a temple dedicated to Lord Hanuman. The hill is full of paths and narrow roads which are enjoyable walks. Sankat Mochan, This is a temple dedicated to Lord Hanuman. PM The Mall/ The Ridge, This large open space in the heart of town presents excellent views of the mountain ranges. Shimla's landmarks - the neo- gothic structure of Christ Church and the neo - Tudor library building - are worth seeing. Over night stay at Hotel.

After breakfast drive to Manali on the way see view of the Silver Valley Kullu, the end of the habitable world. Beyond rose the forbidding heights of the Greater Himalaya, and by the banks of the shining river Beas lay the fabled Silver Valley. Continue drive to Manali, arrival and check inn to Hotel, Manali, the seventh incarnation of Manu found a tiny fish in his bathing water. The fish told him to look after it with devotion as one day it would do him a great service. The seventh Manu cared for the fish till the day it grew so huge that he released it into the sea. Before departing, the fish warned Manu of an impending deluge when the entire world would be submerged and bade him to build a sea worthy ark. When the flood came, Varvasvata and seven sages were towed to safety by Matsya, the fish which is regarded as first avatar of Lord Vishnu.  Time free at leisure. Overnight stay at Hotel.

After breakfast proceed to sightseeing of Rohtang pass, The view of the range mountains is stunning from here. This is one of the highest mountain passes of the world. There are unpredictable occurrence of snow storms and high winds but that don’t stop enthusiasts to visit this wonderful place. This place provides opportunities to be in the laps of nature and also to learn about Hindu and Buddhist culture. & Solang Valley, It is a side valley at the top of the Kullu Valley in Himachal Pradesh, India  Manali on the way to Rohtang Pass, and is known for its summer and winter sport conditions. The sports most commonly offered are parachuting, paragliding, skating and zorbing. Over night stay at Hotel.

After breakfast sightseeing of Manali, visit Hadimba Temple, Built in 1553 with a superbly crafted four tiered pagoda roof, it is famous for its exquisitely carved doorway. Manu Temple, This is dedicated to the sage Manu situated at old Manali. Vashisth Temple, Well known for its hot springs. There are old temples dedicated to the sage Vashisth and to Lord Rama. & Monasteries, There are three recently built Tibetan monasteries at Manali. Over night stay at Hotel.

After breakfast drop to Kalka Railway station to board train to Delhi /Next destination/ Drive down to Delhi.