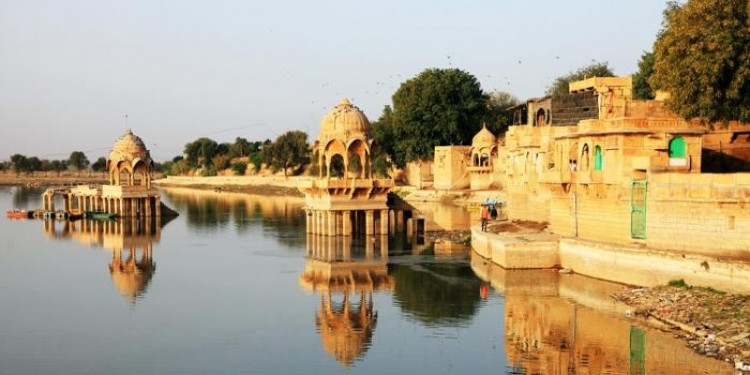 Delhi (Capital City)
Delhi, India’s capital territory is one of the massive metropolitan areas with too many places for sightseeing. Spend a couple of days to see the New Delhi and the Old Delhi. Humayun's Tomb is known for its stunning architecture.  It is a UNESCO World Heritage Site and this red sandstone structure is a must see. Jama Masjid was also a Mughal Emperor structure by Shah Jahan. With a capacity of 25,000 people at one time, the courtyard is a great place to see. Qutub Minar and Complex is the tallest individual tower of India.  Constructed using red sandstone, The Red Fort is one of the architectural marvels of the Mughal era.

Hauz Khas Village, has amazing buildings built around the reservoir and also has remnants of Islamic architecture. This urbane refurbished upmarket is one of the best places for urban crowd. The All India War Memorial, India Gate is dedicated to the 82,000 soldiers who died during the First World War and also of the Third Anglo-Afghan War.

Connaught Place has been officially named as Rajiv Chowk but is popularly known as the CP amongst the locals. The holy shrine of Muslim Sufi Saint Nizamuddin Chisti is also another tourist attraction.

Strolling along the New Delhi,  Rashtrapati Bhavan is said to be the palace of the Viceroy of India. Rajghat is a place where Father of the Nation was cremated Visitors from all around the world come here to pay their homage.

Mandawa (Rajasthan)
A small town in northern Rajasthan, Mandawa is in the Shekhawati Region. It is more popularly known as a fort town. Established during the 17th and 18th century, Mandawa is a popular spot for tourists going to Rajasthan. Murmuria Haveli is known for its famous paintings of various leaders of the bygone era. Designed in the traditional Rajasthani way, it was built during the 1930s. The Harlalka Well is not  much of a common tourist spot. however, beautiful minarets with its very old appeal makes it a great place to come and relax. Hanuman Prasad Goenka Haveli is loved for its artworks and the beautiful carvings. Binsidhar Newatia Haveli was built during the 1920s. This is a beautifully designed building and has amazing artworks. Chokhani Double Haveli has beautiful archways. Constructed during the 1910s, it has the traditional Rajput way designs.

Bikaner (Rajasthan)
Associated with a rich cultural heritage, Bikaner was established in the year 1488 AD by Rao Bika Ji who was a Rajput prince. Junagarh Fort of 1593 is the major tourists’ attraction. It depicts a fine blend of Mughal, Gujarati and Rajput style of architecture. Chandra Mahal, Hawa Mahal, Anup Mahal, Dungar Mahal, Diwan-e-khas are the attractions inside the fort. built by Maharaja Ganga Singh in 1902, Lalgarh Palace is a red sandstone construction. Nothing less than architectural brilliance, it also has a massive lawn. Gajner Palace was built by Maharaja Ganga Singh Ji which is a glowing example of architectural master of the past. Kids love Bikaner Camel Safari Day Tours. It is a different adventure altogether. Gajner Wildlife Sanctuary houses some of the unique plants and animals. Jeep safaris and camel safaris are available on booking. Ganga Singh Museum and Sadul Singh Museum exhibits articles of historical importance.

Jaisalmer (Rajasthan)
Jaisalmer in Rajasthan is one such city which had courageous rulers and too many tools to tell. Jaisalmer Fort or famously known as Golden Fort was constructed by Raja Jaisal. Displaying the magic of Rajasthani architecture, it is made of golden and yellow mixed sandstone. Translating into ‘Huge Garden’, Bada Bagh was made in the beginning of 16th century. Patwon-Ki-Haveli is a major attraction in the main city. This massive five-storied construction has amazingly intricate designs which makes it look full of grandeur. Sam Sand Dunes is possibly the crux of attraction. Folk dances, camel races and other local cultural events are of great interest.  The Thar Heritage Museum presents the history, culture, art of this desert land. Unique ornaments with original Rajasthani exhibits are indeed worth experiencing.

Jodhpur (Rajasthan)
Mehrangarh Fort is 400 feet above the city and is the ‘must visit’ place in Jodhpur. The style of architecture represents various periods but does not lose its grandeur. Built in memory of Maharaja Jaswant Singh, Jaswant Thada  is close to Mehrangarh Fort. The marble construction is fascinating and has intricately carved gazebos. For the nature lovers, Balsamand Lake, Kailana Lake, is birdwatchers’ paradise. Rao Jodha Desert Rock Park is a comparatively new construction of 2006. Umaid Bhawan Palace Museum is 347-roomed massive palace which still serves as a residence to the former royal family.

Bundi (Rajasthan)
This small, rustic town of Bundi stands as one of the princely states of Rajasthan. Famous for its monuments and especially its fort, Bhim Burj is a major attraction. It is the largest battlement and has a huge water reservoir carved out of solid rock. Bundi palace adjacent to the Taragarh fort, is commonly loved for the traditional murals. The Nagar Sagar Kund is another tourist attraction. The 84-pillared cenotaph situated at the southern end of the town is worth visiting when the monument is lit up.

Udaipur (Rajasthan)
Mesmerizing is the word when one reaches Udaipur. A perfect mélange of history, culture and tradition, Udaipur offers the brilliant architectures of the Mewars. City Palace shows the grandeur of Rajasthan. The royal Mewar family made this palace and has crystal gallery, the vintage car museum, Maharani Palace, Daawat-i-Aam, and Lake Pichola. Jag Mandir is a 17th century structure and has impressive set of structures. a three-storied structure with Gul Mahal, Garden Courtyard as well as Darikhana is loved by tourists. Lake Fatehsagar is situated in the north of Lake Pichola. Maharana Bhopal Singh made this place as an exquisite place for the maids of the Princess. Situated on the Ganguar Ghat, Bagore Ki Haveli offers a splendid view of the Lake Pichola. Ahar, Ambrai Ghat, Sajjangarh Palace, Moti Magri are the added attraction of the city. Kids love Udaipur Solar Observatory.

Pushkar (Rajasthan)
Pushkar is more of a pilgrim spot with temples of historical importance. Pushkar Lake is a ideal spot for the spiritual travellers who believe having a holy dip here is equivalent to  prayer for a hundred years. 400 temples and 52 palaces surround the lake. Merta is 400-year-old city which houses Meera Bai Temple. Man Mahal is a magnificent palace that was built during the reign of Raja Man Singh. Flaunting the uniqueness of Rajasthani style, Man Mahal is under the authority of Rajasthan Tourism Development Corporation. Pushkar Camel Safari Tour has religious value as well as historical importance. With various outdoor activities, it is worth sharing the experience.

Jaipur (Rajasthan)
The Pink City, which is considered the first planned Indian city has the traditional touch of the glorious past. Constructed by Sawai Jai Singh II between 1729 and 1732 AD, the City Palace comprises of Chandra Mahal and Mubarak Mahal. The glorious view of Pink City is worth snapping! Hawa Mahal is a not-to-miss tourist places in Jaipur.  The five-storey building cannot be climbed up but is a stunning presentation of the architectural expertise of the royal era. Amer Fort, constructed by Raja Mansingh in 1592 is made of red sandstone and marble stone. Jantar Mantar Observatory is a stunning observatory again built by Maharaja Jai Singh II, and was the then the country’s largest observatory.

Agra (Uttar Pradesh)
Agra in Uttar Pradesh is one of the most visited places of India. The Inevitable Taj Mahal with its ethereal beauty was constructed by Shah Jahan in memory of his wife Mumtaz. Declared as World Heritage Site in the year 1983, it takes an entire day to witness this beauty. Agra Fort is a 16th century monument. comprising Jahangir Palace, Khas Mahal etc., Agra Fort is called the Red Fort of Agra,. Fatehpur Sikri was built during the Mughal emperor in 1570, and has Buland Darwaza,  Panch Mahal, Birbal’s House, and Jama Masjid. Although less visited, Itmad-Ud-Daulah is made out of marble, this 21-meter high tomb was constructed in memory of Mirza Ghiyas.