Spend Your Holidays in North India 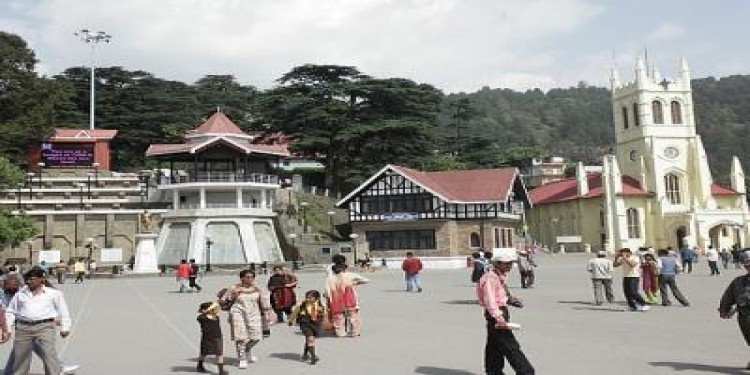 While some traveller love to call it 'geographical accident', India is truly one such country which would take months to complete the entire tour. With wilderness, spiritualism and exotic natural beauties, the northern part tour of India is also one of the most enriching part of the country to travel to. Natural and cultural diversities are definitely one of the most evident variation than anyone can find. We give you here some of the finest places to see when you plan for a vacation in North India.

New Delhi
The capital city of India, New Delhi is the ideal place where you can find the perfect mix of age old history and varied cultural heritages. this bustling tourist destination has Qutub Minar, Jantar Mantar, Red Fort, Tughlaquabad Fort, Lotus Temple, Humayun’s Tomb. The India Gate, Parliament and Rashtrapati Bhavan are the new age buildings that showcase the British Raj architecture. Chandni Chowk, Connaught Place, The Akshardham Temple, Janpath, Palika Bazar and Sadar Bazar are the other places in the capital where they can look for shopping or enjoy a walking tour.

Agra
One of the seven wonders of the world, the Taj Mahal attracts people from the country and beyond and makes it one of the most popular tourist destinations in the country. Marble monument built by Shah Jahan was built in medieval city of Agra during the golden Era of the Mughal Empire.  The Agra Fort,  Fatehpur Sikri, and Buland Darwaza are the other  UNESCO World Heritage Sites in India. A refreshing weekend getaway from Agra is the Bharatpur Bird Sanctuary.

Jaipur
The capital city of royal Rajasthan was one of the oldest planned cities of its time. Being the blend of tradition and modernity, this pink city is yet another beautiful place to visit during winter. The City Palace, Hawa Mahal, Amber Fort, Jantar Mantar, Lake Palace are the major heritage sites of the city.

Udaipur
Famous internationally as the most romantic destination in the world, Udaipur during the winter season pulls in travellers from across the globe. Lake Palace, Lake Pichola, Saheliyon Ki Bari, Jagdish Temple, Gulab Bagh, Ahar, Pratap Memorial are other places to visit.

Manali
A gateway to several trekking destinations in Himachal Pradesh, Manali is the base for the Bhrigu Lake trek and Beas Kund trek. Notable for housing a rich and indigenous Indo-Tibetan culture, visitors can see the Gadhan Thehchoking Gompa and Nyingamapa Gompa. The serene ambience of Vashisht village, the Hadimba Temple, Manu Maharishi Temple and the towns of Naggar and Manikaran are popular visitors' choice.

Dalhousie
Named after the 19th century British Governor General Lord Dalhousie, this is a loved choice for the mountain seekers. The St. Patrick’s Church, St. Andrew’s Church and St. Francis Church are noted for rich architectural work. Approximately 10 kilometers from Dalhousie, Kalatope has an amazing wildlife sanctuary. Ahla village is a popular pilgrimage site near Dalhousie.

Dharamshala
One of the picturesque hill stations in India, Dharamshala has a distinct culture of the Indo-Tibetans. Dhauladhar Mountains is one of the spectacular sights and remains snow covered all through the year.

Shimla
One of the bustling hill stations in India throughout the year, Shimla gives the panoramic view of the Himalayas from the Ridge of snow capped mountain ranges. The Gaiety Heritage Cultural Complex, Shimla State Museum, Christ Church, Tara Devi Temple, Kufri are the common and most popular places of interest for the tourists.

Mussoorie
At an altitude of 1880 m, the green rifts of the Doon Valley would remind one of the colonial past. magnificent architectures with drool worthy cuisine, Mussoorie is a loved destination for trek-friendly people.

Nainital
Popularly known as the Lake District in India, Nainital is located in the Kumaon region at a height of 1938 m. hermit destinations such as Mukteshwar, majestic views of Naini Lake, Bhimtal Lake, Sat Tal, Khurpa Tal,  Naukuchia Tal are major tourist spots.

Rishikesh
The religious town, which is, also known as the yoga capital of the world is famously known for its Laxman Jhula (hanging bridge) over the River Ganga. It is also known for its white-water rafting and serves as the gateway for interesting trekking destinations.

Srinagar
With its sparkling Dal Lake, Srinagar has colourful gardens and picturesque natural beauty. The Hazratbal Shrine, Jama Masjid, Aali Masjid, along with tomb of the mother of Zain-ul-abidin, Stone Mosque, tomb of Pir Haji Muhammad are the other major tourists attractions. The Arts Emporium and SPS Museum are ideal places to go for Kashmiri handicrafts.

Gulmarg
Bedded with thick layers of snow, Gulmarg lies at an elevation of 2,690 meters. The Alpathar Lake is a major tourist attraction however; it remains frozen for most of the year. Baba Reshi Shrine and St. Mary’s Church are the colonial aged heritage sights of Gulmarg. The trekking enthusiasts love the Gulmarg-Alapther trekking trails and for other Gondola ride is a common choice.