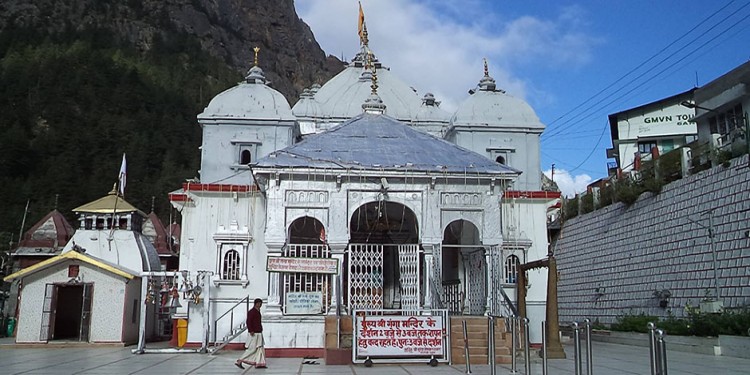 Gangotri, origin of the River Ganga and seat of the goddess Ganga, is one of the four sites in the Chota Char Dham pilgrimage circuit. Situated in Uttarakhand state, it is 300 km from Dehradun and very close to the Indo-Tibetan border.

The temple town of Gangotri is located just 97 km from Uttarkashi. It lies close to the the holy rock or the “Bhagirath Shila” where King Bhagirath had worshiped Lord Shiva. The Gangotri temple is dedicated to Goddess Ganga and located on the banks of River Bhagirathi. Gangotri is believed to be the site where Ganges descended to Earth on the matted locks of Lord Shiva.Temple was built by a Gorkha commander in the 18th century. Apart from its religious significance, Gangotri is also a miracle of nature. River Ganga originates from Gangotri glacier and is known as Bhagirathi till it merges with Alaknanda at Devaprayag.
The water from Gangotri is carried to offer to Lord Shiva. It is believed that this water has nectar in it and will soothe the throat of Shiva who gulp the poison.
Like the other Chota Char Dham sites, Gangotri temple also closes during winter. The idol is shifted to Mukhyamath temple in Mukhba village, 20 km downstream.