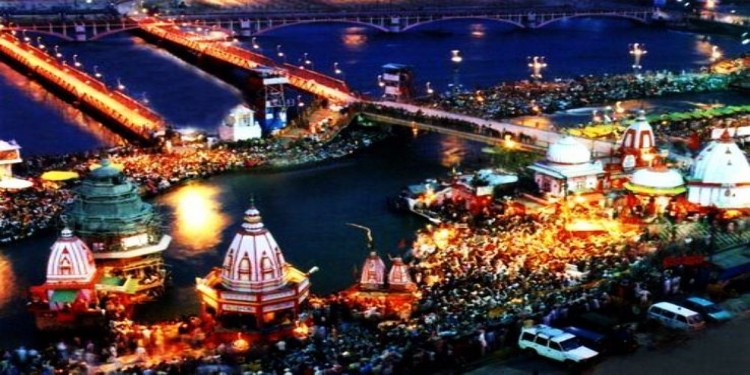 It is said that when the GODS left there footprints on the land of HARIDWAR, Metaphorically they also left an indelible mark the spiritual ethos of every HINDU-MORE So, the DEVOUT, who would later follow their holy paths all across the BLESSED LAND. HARIDWAR stands as the gateway to the four PILGRIMAGES OF UTTRACHAL, Uttarakhand. Mentioned as MAYAPURI, GANGADWAR MOKSHADWAR in the ancient scriptures and epics, HARIDWAR has always remained as major SHAKTIPEETH for the devotees. Of such significance HARIDWAR in the thought of India's traditional HINDU’S that it has earned its sobriquet of honor, ‘THE GATEWAY OF THE GODS’.

Legend has it that Bhagiratha brought the Ganges into the earth, and into this point where his ancestors were burnt to ashes by the curse of the sage Kapila. Kapilastaan, a spot in HARIDWAR is pointed to as Kapila's hermitage. HARIDWAR was once known as Gangadwara. 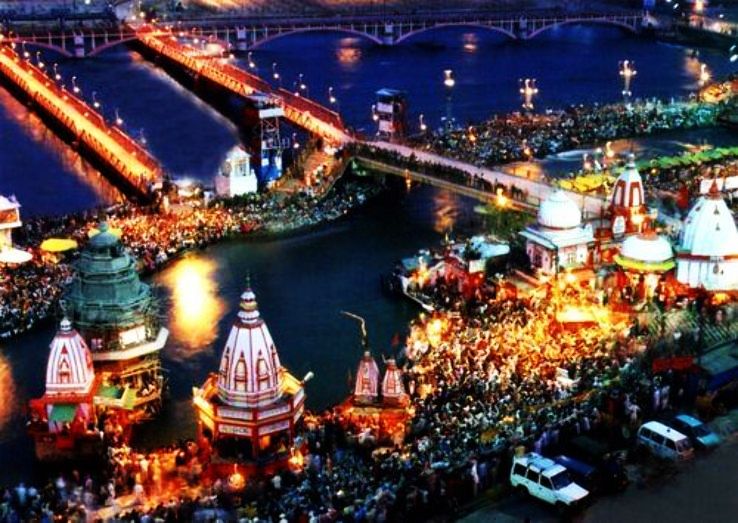 is known as Hari-ki-Pairi (known for a footprint of Vishnu on a stone in a wall). Nearby is the Gangadwara temple, the most important of the several temples that dot this town. The Ganga Aarti which is celebrated at 7 pm each night, is a spectacular sight when the aarti ceremony is performed at all temples in Haridwar at the same instant (see image above). Hundreds throng to the ghats at Hari-ki-Pairi to participate in this festival. Offerings of lamps and flowers are made to the river immediately following this ceremony and it is a moving sight to watch hundreds of miniature lamps float along the river.

Near Haridwar are the towns of Mayapuri and Kankhal. Kankhal houses the Daksheswara temple, said to be the site of Daksha's yajna, which was destroyed by Shiva.