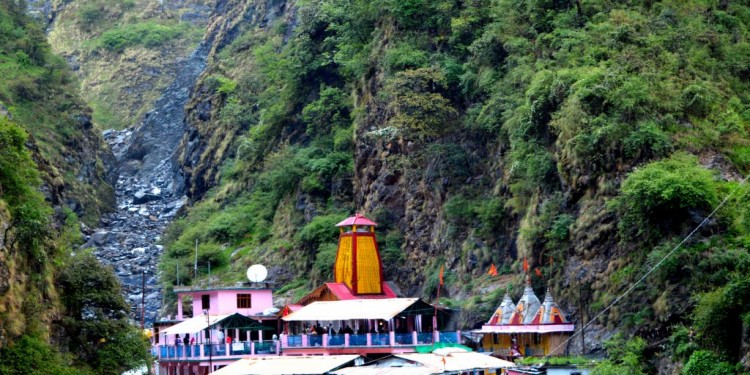 Yamunotri in the state of Uttarakhand is naturally bestowed with abundant beauty and charm. Temple is situated in the western region of Garhwal Himalayas at an altitude of 3,291 metres. Maharani Gularia of Jaipur built the temple in the 19th century. The current temple is of recent origin as earlier constructions have been destroyed by weather and the elements. There seems to be a confusion as to who built the temple of Yamunotri. However according to sources, the temple was originally constructed by Maharaja Pratap Shah of Tehri Garhwal.

The deity or Goddess Yamuna is made of black marble. The temple is dedicated to the river Yamuna, who is represented in the form of a silver idol, bedecked with garlands.
From the snow-clad summits to the turquoise lakes, Yamunothri has unbelievably romantic allures on store for those who are young at heart. Its imposing walking trails beside the gushing streams presents some of the spectacular moments that one could never forget.