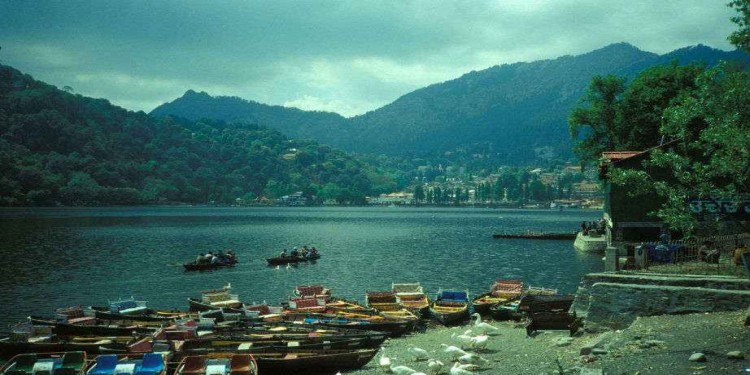 Nainital is a popular hill station in the Indian state of Uttarakhand and headquarters of Nainital district in the Kumaon foothills of the outer Himalayas. It is a glittering jewel in the Himalyan necklace, blessed with scenic natural spledour and varied natural resources . Dotted with lakes , Nainital has earned the epithet of ' Lake District ' of India. Nainital Lake, a natural freshwater body, situated amidst the township of Nainital, tectonic in origin, is kidney shaped or crescent shaped and has an outfall at the southeastern end. Nainital lake, In the Nainital district is one of the four Lakes of Kumaon hills, the other three lakes are the Sattal Lake, the Bhimtal Lake and the Naukuchiyatal Lake.

Nainital has temperate summers, maximum temperature 27 °C (81 °F); minimum temperature 7 °C (45 °F), during which its population increases more than fivefold with an annual influx of tourists predominantly from the plains of northern India. In winter, Nainital receives snowfall between December and February with the temperatures varying between a maximum of 15 °C (59 °F) and a minimum of -3 °C (27 °F).
Some New Travel & Places Post