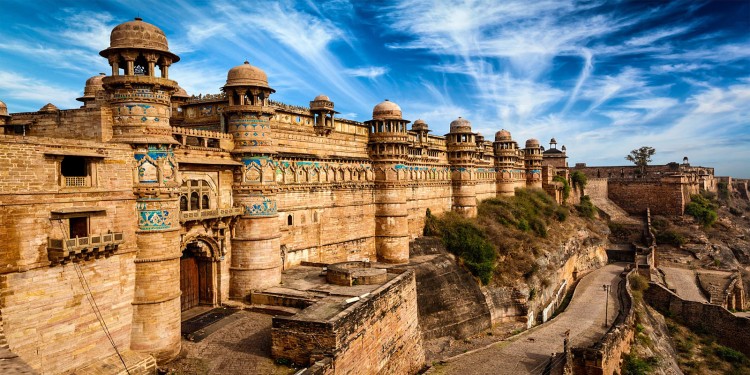 Gwalior Fort is built in 8th-century, this hill fort is situated in Gwalior city, a heart of India, Madhya Pradesh, central India. The fort consists of a defensive structure and two main palaces, Gurjari Mahal and Man Mandir, built by Man Singh Tomar. The fort has been controlled by a number of different rulers in its history. The Gurjari Mahal palace was built for Queen mrignayani. It is now an archaeological museum.The fort is built on an outcrop of Vindhyan sandstone on a solitary rocky hill called Gopachal. the feathure of fort is long, thin, and steep. The geology of the Gwalior range rock formations is ochre coloured sandstone covered with basalt. There is a horizontal stratum. The stratum forms a near-perpendicular precipice. A small river, the Swarnrekha, flows close to the palace.