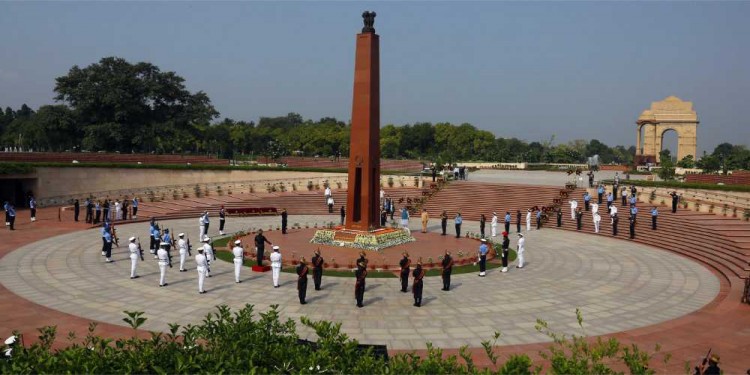 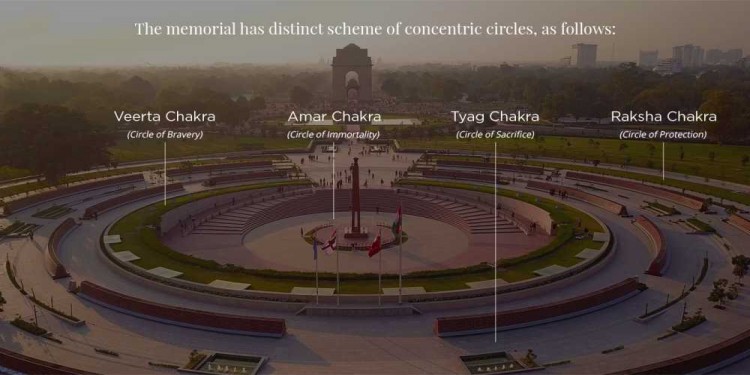 A National War Memorial is built for whom who died or injured in a conflict. It allows visitors to form a conscious connection with the place, the institution and the person in whose memory the assembly is constructed.
The memorial seeks a legit profound and meaningful experience & act as a source of inspiration of the future generations.
The post-independence era there are 26000 more soldiers made a supreme sacrifice to defend India jurisdiction and uptightness. So, to give the special Respect to those soldiers National War Memorial is built.
The memorial will help to spur the citizen about the sense of belonging, responsibility towards Nation, Sacrifice and national Pride.
It will be the clear witness to our soldiers who fought for our country during various dispute, United Nation Peacekeeping, Humanitarian Assistance and Disaster Relief since Independence. It exhibits the unity and strength of Indian Armed Forces as a bright, self-sacrificing star of India.

The memorial complex gives the compliment to the layout and the symmetry of the majestic Rajpath and Central Vista.
The complex decorum is maintained with so much of earnestness with the landscaping view, and simple form of architecture. Besides that, area there is an another exclusive area that is only for the soldiers who won the ‘Param Vir Chakkr’, the biggest Bravery award.
The place signifies the supreme sacrifice that is made by our soldier during their duty, so their soul always remains everlasting.

Things to do at National War Memorial

Things not to do at National War Memorial

Activities you can do around at National War Memorial

These National War Memorials are significant because they serve as historical markers. They connect the past to the present, allowing people to remember and respect those who died, fought, participated in, or were affected by violence.

The National War Memorial symbolizes a nation's gratitude to its armed forces. The Memorial instils in our citizens a sense of kinship, high moral values, sacrifice, and national pride.

A3. Yes, every caste, creed including foreigner can visit the National War Memorial according to the time. It’s free of cost for each and every person.