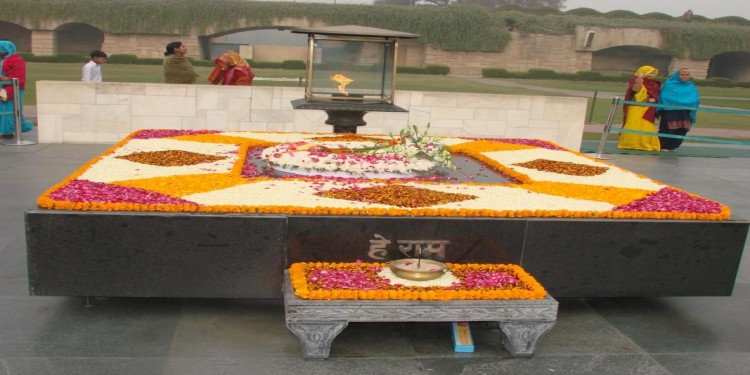 Due to its historical and national significance, Raj Ghat is one of the best locations to visit in Delhi. Every day, fresh flowers are placed on the memorial. This place is frequented by both Indian and foreign tourists. Delegates, dignitaries, and VIPs from various countries make it a point to pay their respects to Mahatma Gandhi's departed soul.

Apart from the memorial, Raj Ghat also houses a museum dedicated to the great leader's memory. Every Friday, a prayer assembly is held at Raj Ghat in honor of the nation's father. On the anniversaries of Gandhiji's birth and death, prayer ceremonies are organized.

The Gandhi Memorial Museum at Raj Ghat honors Mahatma Gandhi's life and philosophy. They commemorated Gandhiji's life with a collection of photographs, sculptures, books, films, and other mementos. It also has 23 charkhas, or spinning wheels, as well as some of his personal belongings. At the museum, there is an audio-visual part. Films about Gandhiji's life and work are shown here in a 75-seat theater.

Raj Ghat is open every day of the year and is open 24 hours a day. Visitors are not charged an entrance fee or a fee for taking photographs. Every day, the Raj Ghat opens at 6:30 a.m. and closes at 6:00 p.m. Every week on Friday at 5.30 p.m., a special prayer meet is held at the Raj Ghat.

You can also explore more tourist attractions near Raj Ghat after roaming around Raj Ghat:

Mahatma Gandhi was a leader who dedicated his entire life to ensure that we live in a free country. Do not forget to pay your homage to the great leader while you're in Delhi. Spend some time visiting his memorial, relishing in the peaceful atmosphere.

Q1. Why is Raj Ghat so well-known?

A1. Raj Ghat is on the west bank of the Yamuna River. On the evening of January 31, 1948, Mahatma Gandhi, Indias Father of the Nation, was cremated there. A park with fountains and a variety of exotic trees surrounds a simple open platform inscribed with his final words, Hey Ram (Oh God).

Q2. What is the location of Raj Ghat?

A2. Mahatma Gandhi's memorial, Raj Ghat, is located in Delhi, India. Originally, it was the name of a famous Old Delhi Ghat (Shahjahanabad). The walled city's Raj Ghat Gate opened at Raj Ghat to the west bank of the Yamuna River. This was close by and east of Daryaganj.