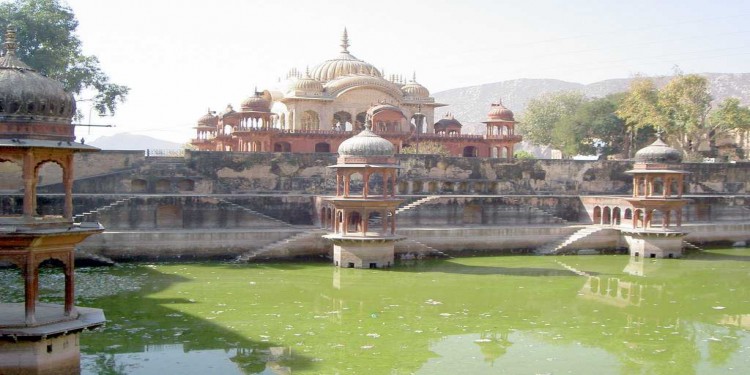 The City Palace, alwar rajasthan was built in 1793 A.D. by Raja Bakhtawar Singh. It represents an intermingling of Rajput and Mughal styles. It has graceful marble pavilions set on lotus flower bases in the central courtyard. Once, this palace was part of the Maharaja's ornate lifestyle and housed, among other things, a drinking cup cut out of a single emerald in its treasury and a mammoth, double storeyed four-elephant carriage in its stables. However, the palaces have since been converted into the district collectorate, and its hall and chambers have been turned into government offices.