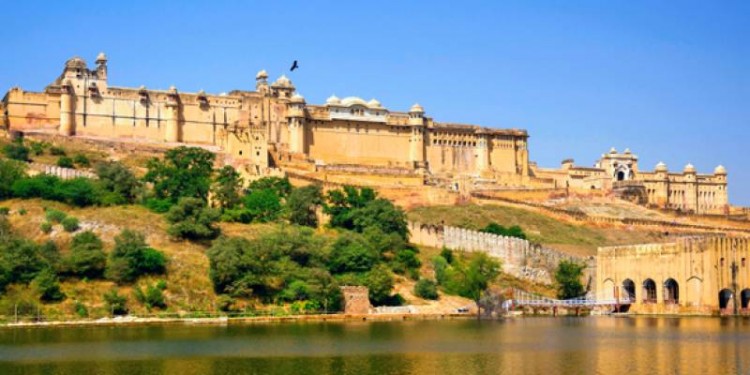 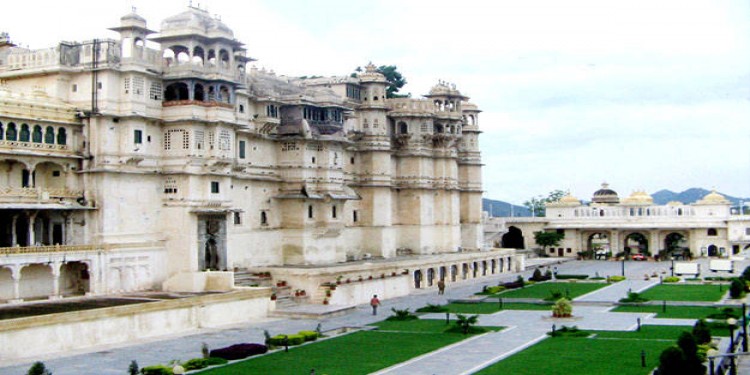 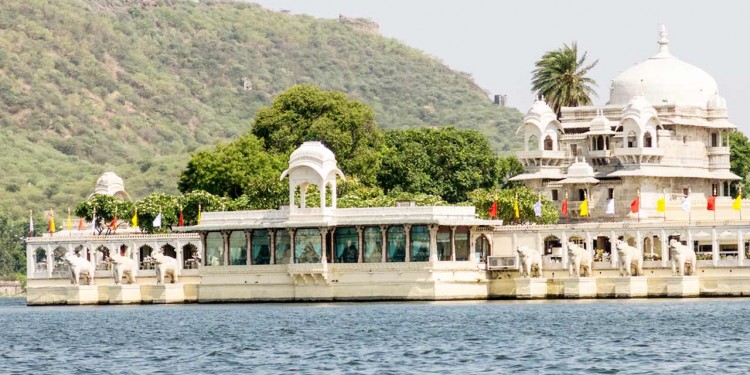 8 Days Rajasthan Tour Offers - The moment you set foot in it, the Rajput heritage will welcome you with open arms. The beautiful forts, temples and palaces are bound to spellbind you as soon as you see them. The main attraction of this rajasthan Itinerary is Jaipur - Pushkar & Udaipur.

Arrival and transfer to Hotel. Delhi, The numerous history about Delhi, which show evidence of the Delhi from  Mahabharat till Independence.  After independence in 1947 Delhi is a National Capitol of modern India. Approximate 13-15 million peoples are living in Delhi. Delhi has all the modern facilities available  for public, like Market, Shopping Mall,  Metro Rail, Ac and NAC busses in modern style, etc… relax and over night stay in Hotel.

After breakfast full day sightseeing of Delhi, visit Bangla Sahib Gurudwara, Gurudwara Bangla Sahib is the Sikh house of worship, located in heart of New Delhi, Its associated with the Eight Sikh Guru " Guru Har Krishan Ji", India Gate, Across Rajpath in Central Delhi at the eastern end is laid a huge archway that is made of stone and is a pride that resembles victory. The monument is raised to a height of 42 meters and is formerly known as India Gate. On original basis, the place was also known by the name of All India War Memorial on the basis of which the foundation of this prestigious monument is laid. This monument was built under the supervision and control of Duke of Connaught during the year 1921 and the building was dedicated to Lord Viceroy at the time of 1931 namely, Lord Irwin. It was built Sikh Ggeneral sardar Bhagel Singh in 1783. Red Fort from Out side, & Qutab Minar, Qutab Minar is a soaring, 73 m-high tower of victory, built in 1193 by Qutab-ud-din Aibak immediately after the defeat of Delhi's last Hindu kingdom. The tower has five distinct storeys, each marked by a projecting balcony and tapers from a 15 m diameter at the base to just 2.5 m at the top. Over night stay at Hotel.

After breakfast drive to Jaipur, arrival and check inn to Hotel. Jaipur, Jaipur is named after its founder, the warrior and astronomer sovereign, Maharaja Sawai Jai Singh (ruled 1700 to 1743). The decision to move out of his hilltop capital Amer was also compelled by reasons of growing population and paucity of water. Moreover in the early 17th century the power of the great Mughals was dwindling with its aging Monarch Aurangzeb. Time free at leisure, over night stay at Hotel.

After breakfast full day sightseeing of Jaipur, visit Amer Fort, and spend some time with the marble sculptors of Jaipur. After lunch visit City Palace and visit the stone works on city periphery where artisans do elaborate filigrees on sandstone. Over night stay at Hotel.

Drive to Pushkar, on the way see Kishangarh artists at work and Ajmer. Arrival at Pushkar and check inn to Hotel. Late PM visit Brahma Temple & Pushkar Lake. Pushkar, For a devout Hindu, Pushkar is a very important pilgrim centre. For one to visit to this holy place in a lifetime is highly  recommended. Over night stay at Hotel.

After breakfast drive to Udaipur , arrival and check in to Hotel. Udaipur, Maharana Udai Singh  founded Udaipur in 1559 AD. According to a legend Udai Singh was guided by a holy man meditating on the hill near Pichola Lake to establish his capital on that very spot. Evening time free at leisure. Over night stay at Hotel.

After breakfast sightseeing of Udaipur and  take a trip across from City  Palace to streets where artists are at work in their studios, creating miniatures as well as ‘phads’. , in the after noon, Folk Lore Museum in Udaipur to study tribal paintings. Over night stay at Hotel.

After breakfast time free at leisure. Later on drop to Udaipur Airport / Railway station till 2 PM to board flight/train for your onward journey.