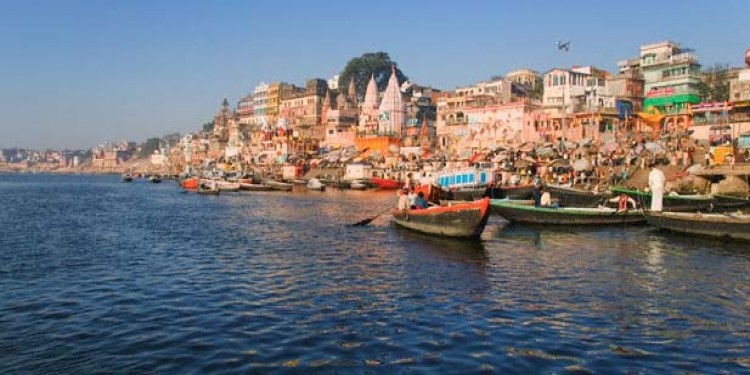 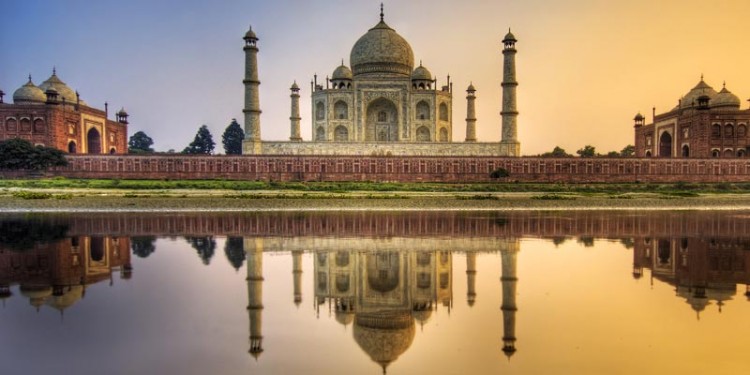 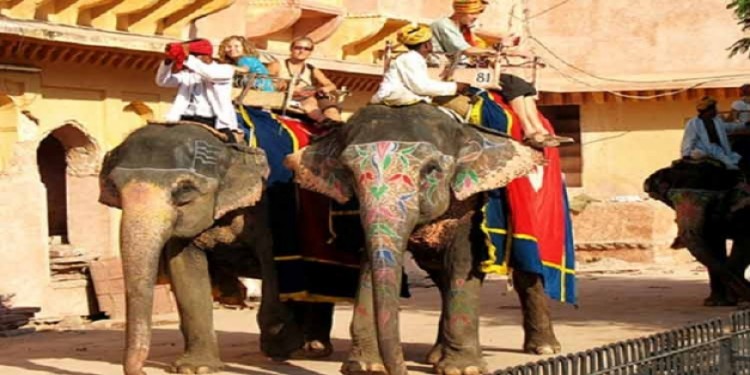 Pickup from IGI Airport  / Railway station and transfer to  Hotel. Delhi: It is a city that bridges two different worlds. Old Delhi, once the capital of Islamic India, is a labyrinth of narrow lanes lined with crumbling havelis and formidable mosques. In contrast, the imperial city of New Delhi created by the British Raj is composed of spacious, tree-lined avenues and imposing government buildings. Delhi has been the seat of power for several rulers and many empires for about a millennium. Many a times the city was built, destroyed and then rebuilt here. Interestingly, a number of Delhi's rulers played a dual role, first as destroyers and then as creators. If time permited half day sightseeing of Delhi, Over night stay at Hotel.

After breakfast sightseeing of Delhi visit  Jama Masjid, Jama Masjid is a one of the greatest & largest mosque of old Delhi in India, with a courtyard capable of holding 25,000 devotees. It was begun in 1644 and ended up being the final architectural extravagance of Shah Jahan, the Mughal emperor who built the Taj Mahal and the Red Fort. Chandani chowk & Red Fort from out side, The Red sandstone walls of the massive Red Fort (Lal Qila) rise 33-m above the clamour of Old Delhi as a reminder of the magnificent power and pomp of the Mughal emperors. The walls, built in 1638, were designed to keep out invaders, now they mainly keep out the noise and confusion of the city.  Visit Humayun Tomb, this magnificent garden tomb is the first substantial example of Mughal architecture in India. Quatab Minar, It is a soaring, 73 m-high tower of victory, built in 1193 by Qutab-ud-din Aibak immediately after the defeat of Delhi's last Hindu kingdom. India Gate, At the centre of New Delhi stands the 42 m high India Gate, an "Arc-de-Triomphe" like archway in the middle of a crossroad. Almost similar to its French counterpart, it commemorates the 70,000 Indian soldiers who lost their lives fighting for the British Army during the World War I. The memorial bears the names of more than 13,516 British and Indian soldiers killed in the Northwestern Frontier in the Afghan war of 1919 continue visit President House, Birla Mandir, Market,  Over night at Hotel.

After breakfast drive to Jaipur, arrival and check inn to Hotel. Jaipur, It a bustling capital city and a business centre with all the trappings of a modern metropolis but yet flavored strongly with an age-old charm that never fails to surprise a traveler. The old Jaipur painted in Pink can grip any visitor with admiration. Stunning backdrop of ancient fort,  Nahargarh, Amer, Jaigarh and Moti Doongari are apt testimonials of the bygone era and a reminder of their lingering romance and chivalry. Pm time free at leisure. Over night stay at Hotel.

After breakfast proceed to Amber Fort, It is situated about 11 kilometres from Jaipur and was the ancient citadel of the ruling Kachwahas of Amber, before the capital was shifted to the plains, the present day Jaipur.  The Amber Fort set in picturesque and rugged hills is a fascinating blend of Hindu and Mughal architecture. Constructed by Raja Man Singh I in 1592 and completed by Mirja Raja Jai Singh the fort was made in red sand stone and white marble. After Lunch visit City Palace, city Palace is located the heart of the walled city, the City Palace Complex gives you an idea about the farsightedness of the founder of Jaipur Maharaja Sawai Jai Singh. He left behind a legacy of some of the most imposing and magnificent architecture in the city. Maharaja Sawai Jai Singh built many buildings but some of the structures were also built by later rulers. The palace is a blend of Mughal and Rajput architecture and the ex-royal family still lives in a part of the palace. Jantar Mantar is an astronomical observatory built by Raja Jai Singh II in 18th century. Check out detailed information on history, architecture, and visiting hours of Jantar Mantar. Hawa Mahal, The poet king Sawai Pratap Singh built this palace of winds. This is  easily the most well-known landmarks of Jaipur and is also its icon. Located in the City Palace complex, it is best viewed from the road outside. This five-storey building overlooking the busy bazaar street is a fascinating example of Rajput architecture and artistry with its delicately honeycombed 953 pink sandstone windows known as 'jharokhas'. It was originally built for the ladies of the royal household to watch everyday life and processions in the city from their veiled comfort. Over night stay at Hotel.

After breakfast drive Agra, on the way visit, Fatehpur Sikri, Founded in 1569 by Mughal emperor Akbar as his new capital, Fatehpur Sikri, a short distance from Agra, was the first planned Mughal city. Later his descendant the emperor Shahjehan was to construct Shahjehanabad in Delhi to rival the beauty of the legendary Persian city of Isfahan. Created from the local red sandstone Fatehpur Sikri was an architect’s delight featuring end number of stunning elements to add to its Indo-Islamic beauty. Arrival at Agra and check inn to Hotel, Instantly proceed to sightseeing of Agra, visit Taj Mahal, Taj Mahal known as the "monuments of love" Built by Shahjehan as a fabulous memorial of refined elegance and superb craftsmanship for his beloved wife Mumtaz Mahal, Agra Fort, Agra Fort is a UNESCO World Heritage site. The fort is also known as Lal Qila, Fort Rouge and Red Fort of Agra,  Agra Fort built by Akbar in Red Sandstone when he was through with the consolidation of his power after accession to power in 1654, Agra Fort worked both as a military strategic point as well as the royal residence. PM visit, Itmad-ud-daula, Itmad Ud Daula has a special place in the chronicles of both history as well as architecture. This is precisely because Itmad ud Daula is the very first tomb in India that is entirely made out of Marble. This is actually a mausoleum that overlooks the River Yamuna and is a tomb of Mir Ghiyas Beg, a minister in the court of Shah Jahan. Over night stay at Hotel.

After breakfast  time free at leisure. as per Train schedule drop to Agra Fort Railway station to board over night Train to Varanasi.

Arrival at Varanasi Railway station and transfer to Hotel. Varanasi, a city of spiritualism where the people are living by following their great culture and traditions. It is believed that Kashi is the most oldest city which was created by the God Shiva Himself. Over night stay at Hotel.

Today  the day of Sunrise in Varanasi, Before sunrise, transfer to the  Dhaswamegh Ghat and Boat ride at Holy Ganges, sit in the boat and see the Ghat one by one, around 84 Ghats on the bank of Ganges. After 2 Hrs finish the boat ride, and visit Kashi Vishwnath Temple,  It is the temple of the Lord Shiva Lingam which is made up of the gold and looks very dazzling. It can be visited in any season but the monsoon season has religious importance. Maha Shivaratri is celebrated here with lots of courage and joy. Back to Hotel, take a breakfast. After breakfast visit, Sarnath,  It is the great place where Lord Buddha had given his first sermon to his followers after getting the enlightenment. An attractive museum, Deer Park, Stupas at the Sarnath increases its beauty. &  Banaras Hindu University ( B.H.U.) also referred as BHU. It is a public central university situated in Varanasi, established by Pandit Madan Mohan Malviya in the year 1916. It is one of the best and largest universities in Asia having over 20,000 students. In the evening visit once more time The Dashashwmegh Ghat to see Aarti of Holy Gange, Ganga aarti is a great event to see in Varanasi at the Ganga ghat at each evening performed by the priests in the most stunning way. It is considered as the incomplete tour to Varanasi without seeing the Gange Aarti. Over night stay at Hotel.

After breakfast transfer to Airport/Railway station to board flight/Train to Delhi or next destination. 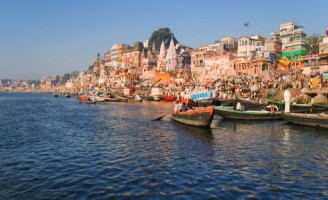 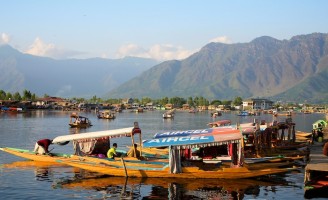 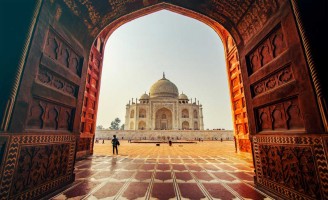 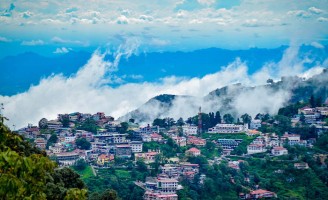 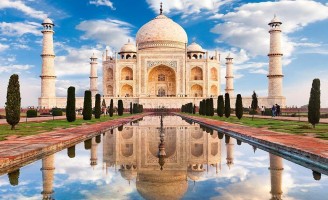 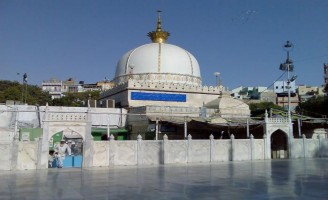