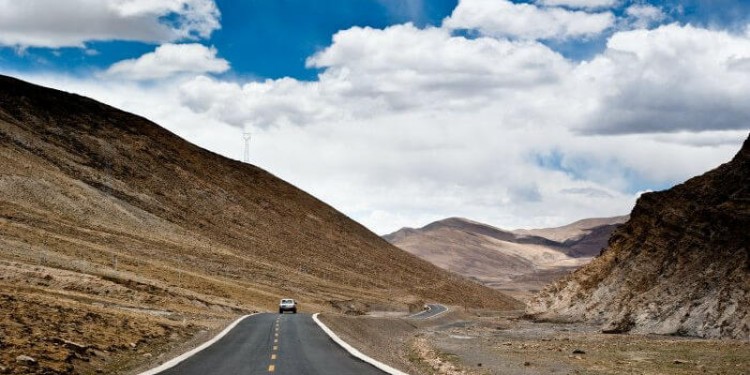 DAY 02- Shimla-Sarahan
Proceed to Sarahan. On Arrival at sarahan visit Bhimkali Temple Devoted to Goddess Bhimakali, this temple is believed to have been built around 800 years ago. It is known for its unique architecture, which is a blend of Hindu and Buddhist architectural styles. O/Night at Sarahan.

DAY 03- Sarahan – Chitkul - Kalpa
Start our epic Himalayan road trip today and start driving to Sangla. With the Bapsa river magically weaving itself through the forested slopes, this exquisite 95 kilometer stretch of the Sangla Valley is a sight to behold. Known predominately for its agriculture, every house in Sangla will have cultivations of apples, pears, walnuts, apricots or potatoes. we head towards Chitkul, Chitkul can be described as one of the most scenic settlements in the valley and the last inhabited village before the India-China border. This short drive from Sangla to Chitkul will be one of the most scenic drives you’ll take with plenty of opportunities to take stunning photographs. Walk around the Bapsa river and pay tributes to the Mathi Goddess at the temple in the village. After spending time in Chitkul, Later Proceed to Kalpa. O/Night at Kalpa.

DAY 04- Kalpa – Tabo
In the morning proceed to Tabo. En-route visit Gue Monastery: Home to Old Indian Mummy. Gue is an almost isolated habitation with no other village in view, but what makes it famous is over the 500-years-old mummy of a Buddhist monk. On a small hillock just on the outskirts of the village in a small room, inside a glass cabin, lies the mummy of an old monk. Arrive in Tabo visit Tabo Monastery. O/Night at Tabo.

DAY 05- TABO – Dhankar – Pin Valley National Park – Kaza
We drive to the high villages of Dhankar. Continue driving on the famous Hindustan – Tibet Highway or the NH 22 – This stretch is famously known as one of “most treacherous roads of the world” by the lonely planet in a visual spectacle. Visit Dhankar, which is renowned for its 1200-year old monastery balanced precariously on a rocky precipice. We proceed to Pin Valley National Park. Imagine a national park with an abundance of animals and birds, with some rare plant varieties, a river that gushes when it isn’t frozen, and trekking opportunities for the adventure-seekers. The Pin Valley promises all this and more. We first visit the Kungri Monastery and then the beautiful hamlet of Mudh – the last motorable village of the Pin Valley. Declared a national park in 1987, Pin Valley has altitudes ranging from 11,000 to 20,000 feet and is home to at least 12 endangered snow leopards. In addition, other animals indigenous to the region and park are the Siberian Ibex, Bharal, Weasel, Red fox, and Marten. Birds such as the Pika, Griffon, Golden eagle, Bearded vulture, Chukor and Raven paint the skies a pretty picture. Later Proceed to Kaza - the commercial capital of the Spiti valley. O/Night at Kaza.

DAY 06- Kaza – Langza – Hikkim – Komik – Kaza
We drive to some of the highest inhabited regions of the world. The highest village in Asia, Komik, which literally translates to ‘Eye of a snow cock’, is situated at a height of 4513 meters. This farming village has a population of 84 people, living in utter isolation, cut off from the rest of the world for most parts of the year. This little hamlet ensures to bring you thousands of miles away from your familiar settings to a place of soft brown pastures and snow-white mountain peaks. Some of the common animals of the region are the Tibetan wolf, Blue sheep, Red fox, Hare, Snowcock, Himalayan griffin, Rock pigeon, etc. Later, we drive to Hikkim where we visit the world’s highest post office in the world. If possible, you can even meet the post-master and hear his stories. O/Night at Kaza.

DAY 07- Kaza – Ki Monastery – Gitte – Kibber
Visit the world-famous Ki Monastery. Our first stop will be at the base of the monastery hill for the ultimate photo opportunity of this remarkable structure. With over 1000 years’ worth of stories to tell, the Ki Monastery situated at a height of 13,668 feet was founded by a disciple of the famous Atisha, in the 11th century CE. Belonging to the Yellow Hat or Gelugpa sect of Tibetan Buddhism, this monastery is famous as a prominent center of learning as well as a refuge for Tibetans. Later we will move farther up the valley to the picturesque village of Kibber. Located at a height of 4205 meters and 18 km from Kaza, this formerly highest permanently inhabited village of this region, is also a popular base camp to embark on adventure and treks to adjoining mountains of high altitude. The expanses of beautiful landscapes and immeasurable beauty of the snow-tipped mountains make the place a heaven for nature lovers and photographers alike. We drive higher up to the secluded village of Gitte where we absorb stunning aerial views of Kaza and tie a prayer flag. we will be welcomed by locals in Kibber. O/Night at Kibber.

DAY 08- Kibber – Losar – Kumzum – Chandratal Lake
We drive to one of the most photogenic places of the Spiti Valley – Chandratal Lake. On the way, we pass through the high altitude pass of Kunzum La. Stop by at the stupa and pay tribute to the local goddess, “Kuzum Mata” as she is called. At 15,000 feet above sea level, the Kuzum Pass connects Kullu and Lahaul to the Spiti Valley. Chandratal Lake – A visual marvel, this stunning blue-colored Lake is set at an altitude of 4300 meters above sea level in the heart of high Himalayas and is a must-see on a full moon night. It derives its name, “Chandra” (Moon) and “Taal” (Lake) from the crescent shape of the lake. Watch the lake change colors from crystal clear shades of blue to emerald greens by dusk. Live your dream of camping comfortably in state-of-the-art tents in the Himalayas as you spend your evening gazing at the Milky Way and the millions of stars on a clear night. O/Night at Chandratal Lake.

DAY 09- Chandratal Lake – Chattru – Rohtang Pass – Manali
After breakfast, we drive from Chandratal Lake towards Manali. We take a quick stop at Batal for a cup of tea at a small tea shop run by a beautiful old couple. From there, we continue driving on the Kaza – Manali highway and stop at Chatru for lunch. Drive through the famous Rohtang Pass and return to Manali to end your breath-taking Spiti Valley sojourn. O/Night at Manali.