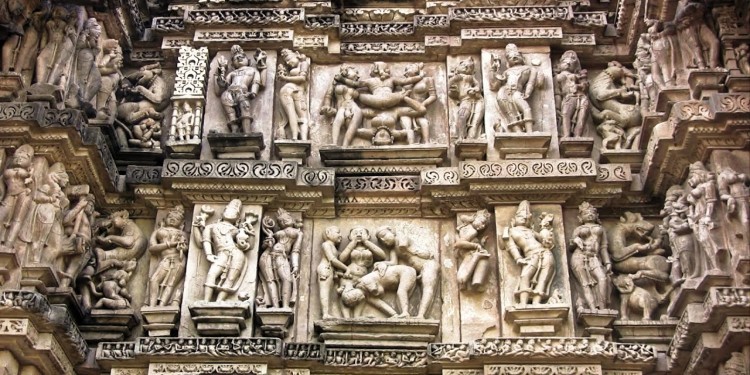 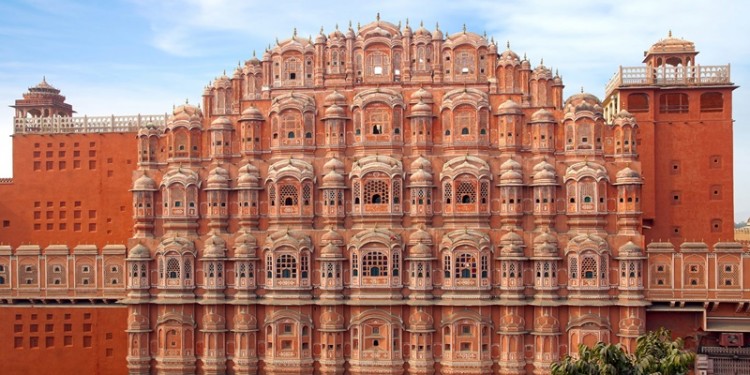 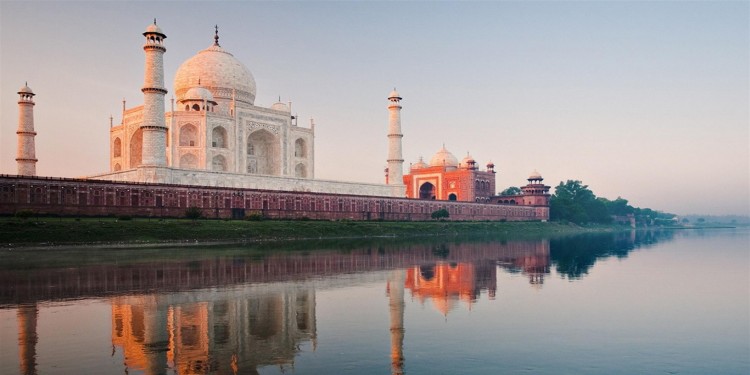 Travelling from Delhi to Khajuraho-via Jaipur and Agra will take at least a week's time. Planning the itinerary for such a trip coupled with so many destinations could be difficult. So here, we bring you the sneak peak of the different places that will be in your itinerary and where you must visit during the journey. Each day will present its own uniqueness and here's what it will be like:

Day 1 - Delhi Arrive
The first day starts with the arrival in Delhi. We will get you transferred from airport or railway station. Check in the hotel reserved and keep the day within a relaxed routine. Take evening strolls around the hotel and its nearby lanes. The city, which stands today as the country’s nation was once the ruling place of the Mughal dynasty and till date carries the charm of that era. Overnight stay in Delhi.

Day 02: Delhi Sightseeing
As soon as you complete the breakfast, the sightseeing starts. Th emajor places to visit are:
Gurudwara Bangla Sahib - known for its association with the eighth Sikh Guru, Guru Har Krishan, this is more of a tourist spot than being any pilgrimage site
Jama Masjid - the largest mosque of India is worth a visit
Chandani Chowk - to get the flavours of Old Delhi, roam around Chandani Chowk either on walk or on cycle rickshaw
Red Fort - Built by Shah Jahan, you can enjoy the light and sound tales in the fort to know its history in the most enchanting way. It remains closed on Monday
Humayun Tomb - Queen Haji Begum in the 16th century supervised in building this tomb in the fond memory of Humayun which is the prototype of the Taj Mahal at Agra
India Gate - before returning to your hotel, visit India Gate which is an "Arc-de-Triomphe" like archway in the middle of a crossroad and built in the memory of the 70,000 Indian soldiers who lost their lives fighting for the British Army during the World War I.
Overnight stay at the hotel in Delhi.

Day 03: Delhi - Jaipur
The next day, drive down to Rajasthan's capital, Jaipur. Before you leave Delhi, visit the Parliament & President House. The Parliament house is a circular colonnaded building which also houses ministerial offices, numerous committee rooms and an excellent library. The Parliament House is built in an Imperial Style and has 144 columns which form the signature sight of the building.
Drive down through the highway which in itself is a fascinating experience.
Jaipur is named after its founder, the warrior and astronomer sovereign, Maharaja Sawai Jai Singh who ruled the city from 1700 to 1743. It has some of the most fascinating and royal architectures to visit. get some evening strolls and enjoy a relaxed walk. Overnight stay at Jaipur hotel.

Day 04: Jaipur
There are plenty to cover in this day so do not waste any time. Immediately after completing the breakfast, get into the car and start the sightseeing. The highlights of the days will include:
Amer Fort - Constructed by Raja Man Singh I in 1592, the fort was later completed by Mirja Raja Jai Singh. It is a mix of red sand stone and white marble and is placed in the picturesque and rugged hills of the city. It prominently bears the similarity between Hindu and Mughal architecture.
Jal Mahal Palace - it is located in the middle of the Man Sagar Lake in Jaipur city, which was renovated and enlarged in the 18th century by Maharaja Jai Singh II of Amber.
City Palace - founder of Jaipur Maharaja Sawai Jai Singh created this City Palace Complex which also has a museum in the heart of it. it is possibly the most imposing and magnificent architecture of the city.
Hawa Mahal - it was built by poet king Sawai Pratap Singh and named it Hawa Mahal, palace of winds which today stands as one of the signature buildings of Jaipur.
Jantar Mantar - one of the oldest yet working observatories of India which has fascinated people from all across the globe.
Enjoy the local food and overnight stay at Jaipur

Day 05: Jaipur - Fatehpur Sikri - Agra
Drive down to Agra from Jaipur after completing your breakfast and on the way visit Fatehpur Sikri.
Fatehpur Sikri is an epic Mughal construction built in red sandstones. A city of yesteryear, it was constructed by Akbar during 1564 A.D. Agra Fort is the next destination which was also done by Akbar and commissioned the construction of the Fort in 1565 A.D. The Taj Mahal can be viewed from the fort which is one of the most enchanting views of Agra.
Completed in 1653 A.D., The Taj Mahal was built in the fond memory of Mumtaz, Queen of Shah Jahan. This perfectly symmetrical monument is one of the Seven Wonders of the World and when you see it, you will know why. It will take several hours to stay in the Taj Mahal campus.
Overnight stay at Hotel in Agra.

Day 06: Agra - Khajuraho
Drive down to Khajuraho from agra after breakfast in hotel. The expected schedule is to reach Khajuraho by afternoon. the temples at Khajuraho is internationally acclaimed for its sculptured temples dedicated to Shiva, Vishnu, and Jain deities. The explicit carvings in and outside the temple has made it listed into one of the UNESCO world heritage site. Khajuraho is believed to have had over 75 temples of which 22 remain today.
Western Group of Temples are open from sunrise to sunset and has the richest and largest of all temple groups. Enjoy the Light & Sound Show to know about the tales of the temple. Overnight stay at Hotel.

Day 07: Khajuraho - Jhansi - Delhi
Sightseeing of Khajuraho immediately after breakfast in hotel.
Today, see the Eastern Group of temples of which ParsvanathTemple is the largest of the group. The sculptures on the northern outer wall are the highlights of this temple. The image was installed in 1860. Southeren Group of Temples has Dulhadev Temple which is the last temple of Khajuraho and lies to the south of Ghantai temple.

You will be transferred to Jhanshi railway station to board Shatabdi express train to Delhi. Reach Delhi safely.